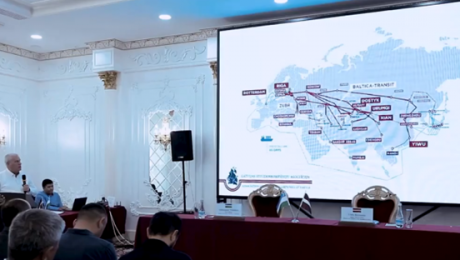 On November 2-4, in the capital of Uzbekistan, in the city of Tashkent, the international transport exhibition TransLogistica Uzbekistan 2022 was held, in which, under the single brand VIA LATVIA, a delegation of the transport industry of Latvia also participated under the leadership of the Deputy State Secretary of the Ministry of Transport, co-chairman of the Latvian-Uzbekistan Working Group on Transport Uldis Reimanis. The Latvian stand at the exhibition was widely visited and received the Best National Group Exposition Design award.

Within the framework of the visit, a business seminar was organized for entrepreneurs of Latvia and Uzbekistan under the leadership of U. Reimanis and the co-chairman of the Latvian – Uzbekistan Working Group on Transport from the Uzbek side – Deputy Minister A. Muminov.

Opening the event, U.Reimanis emphasized: “Cooperation between Latvia and Uzbekistan in the field of transport has been developing very purposefully and dynamically this year. A delegation led by the Minister of Transport of Uzbekistan I. Makkhamov visited Latvia, a meeting of the Latvian-Uzbekistan Working Group on Transport was held, as well as several meetings of industry experts and entrepreneurs. All these events confirmed the readiness of the transport industry of our countries, as well as the ability to actively engage in the dynamic process of Eurasian transportation.”

After the seminar, a B2B contact exchange between entrepreneurs of Latvia and Uzbekistan was held, within which valuable contacts were established, and the Freeport of Riga Authority, the Freeport of Ventspils Authority and the stevedoring company of the Liepaja SEZ “Terrabalt” signed a memorandum of cooperation with the Uzbek side.

The significance of the event was also emphasized and covered by the mass media of Uzbekistan.

During the visit, during the meeting of U.Reimanis with Deputy Minister A.Muminov and Deputy Minister for Aviation Zh.Choriev, topical issues and opportunities for expanding cooperation, especially in attracting cargo for transportation along the Latvian transport corridor, were discussed.

As part of the Latvian delegation, representatives of the SJSC “Latvijas Dzelzceļš”, the Freeport of Riga, the Freeport of Ventspils and the Liepaja FEZ, the association of road carriers “Latvijas Auto”, the association of stevedoring companies of Latvia, as well as representatives of the management of several port terminals participated in the events.

Award from The Ministry of Defense 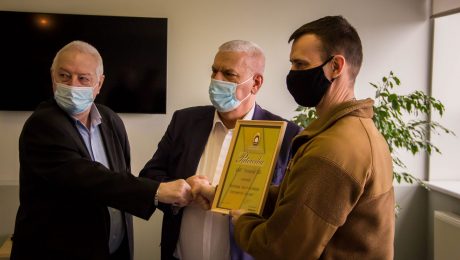 The Ministry of Defense, evaluating the recommendations of the Commanders of the National Guard Battalion, nominated the company Liepaja SEZ “TERRABALT” LTD for award, as the company was one of the most important providers of National Guard support in 2020. The tribute took place on February 23, 2021.

We have already reported that from August 15 to October 4, 2020, the military training cycle “Namejs 2020” of the National Armed Forces took place throughout Latvia to test and improve the readiness of units to develop national defense tasks, and one of the training cycles from September 10 Until September 13, it also took place in the territory of Liepaja SEZ “TERRABALT” SIA. 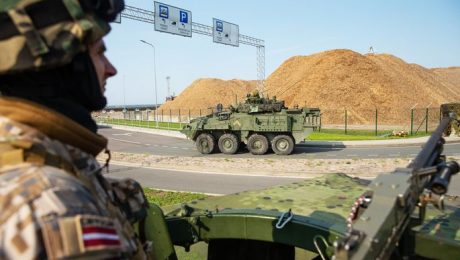 From 15 August to 4 October, the military training cycle “Namejs 2020” of the National Armed Forces will take place throughout Latvia in order to test and improve the readiness of units to expand for the performance of national defense tasks both independently and within the collective defense system.

One of the training cycles from September 10 to September 13 will also take place in the territory of LSEZ “TERRABALT” LTD in previously agreed places. During the training, the National Guard will train to perform the tasks specified in the training scenario, during the performance of which training ammunition and combat imitation means may be used, which create noise but do not endanger human health and life. However, when unknown objects are found in the study places, it is forbidden to touch or move them.

We invite customers, cooperation partners, terminal visitors and guests not to worry when they see the movement of soldiers and land guards, deployment of equipment and taking positions in the territory of LSEZ “TERRABALT” SIA. Please treat with understanding the possible short-term difficulties that may arise due to the completion of training tasks or the movement of military equipment in the area.

A new transport connection on a multimodal route 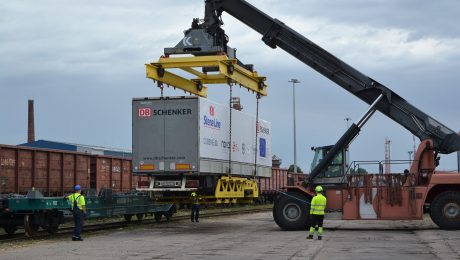 In cooperation with Stena Line, a new transport connection on a multimodal route (rail + sea) has been launched, which is able to ensure competitive delivery times for the flow of goods from Russia to the European Union compared to land transport and makes a significant contribution to a more sustainable and environmentally friendly transport model. 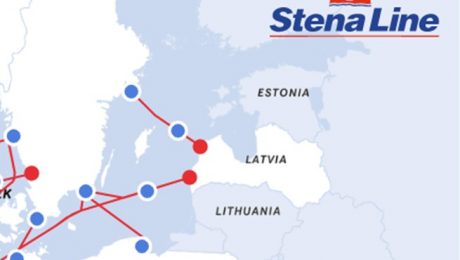 From August 13, the ferry operator Stena Line has started transportation on the route Liepaja (Latvia) – Karlskrona (Sweden) – Traveminde (Germany). Initially, the call at the port of Karlskrona will be only on Thursday evening – in one direction from Liepaja to Traveminde, however, it is expected that the new service will provide cargo carriers with wider trade and transport opportunities between the Baltic States and southern Scandinavia. 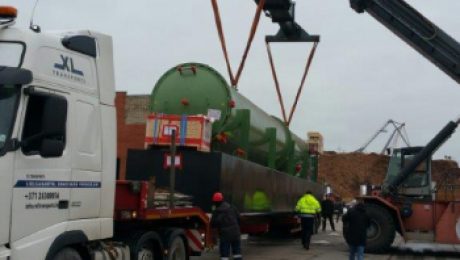 For the purpose of restriction of the spread of COVID-19 virus, truck drivers in Latvia are asked to stop only at places related to transportation and basic needs (petrol station, toilet, shop, etc.), to avoid contact with people during loading and unloading, and keep a distance of 2 meters from other persons. If possible, please wear a face mask and gloves when outside the car.

Due to the state of emergency declared in the country due to the Covid-19 pandemic, we work as usual during the observance of the established additional protection measures. Let’s protect ourselves and the people next to us!